I am inspired by one of the great mysteries of this universe shown through the existence of opposite things, contrasting and contradictory whether they were human, physical or metaphysical. I am seeking, within the limits of a bi-dimensional canvas, to achieve links between the present and the past, between distant spaces and connect the many pairs of opposites that coexist in us and in the universe. My eternal subject is stated through the means of gathering all the inconsistencies, bringing together all the differences and rearranging all forms. That’s how I stated expressing the possibility of bringing everything together and join this experience to Andy Warhol’s idea that “the most exciting attraction is between two opposites that never meet”. Creation seems to lie in the general laws of contrasts.

My approach does not only seek to look at the temporal space, but also to express a larger image in time and space from a more retrospective panoramic perception. I am aiming at recreating a new informal reality more involved than the present moment. I am greatly influenced by the emotion inspired by nature with its pairs of opposites, its beauty and ugliness, strength and weakness, joy and sadness … Observers may devote a moment to considering the new relationship between these different forms, colors, techniques never brought together.

My curiosity awakens through the light, the shadows, the complementary shades and hectic outlines generated by the interpretation of a plastic polarity, I feel as if I were leading a special kind of Orchestration: it is mixing two main results of the sure-realism: to produce symphonies and energy. It is there where I am trying to provide the spectator with the means to walk through the cenacle of the timeless, to experience the meeting of distant spaces and forms considered heterogeneous or opposed by nature and to reweave a link between phenomena that never meet, a way to awaken consciences.

Based on these studies and observations, I developed a new style. My paintings represent a personal vocabulary, a cocktail of realism, surrealism, expressionism, impressionism and sometimes even abstract obsessions, a mixture that is based on joining several sources, multiplying plans and creating spatial fragments. My painting is meant to be multifaceted polygonal, it is multiple and diverse, uniting while adjusting itself to create a plural harmony, hence the search for a creative cooperation not only between the different human and social peculiarities of the subject, but also between the various plastic components of the pictorial space, a mixture of styles, animated by the presence of an abstract language freed from the representation of reality that goes alongside with another impressionist language able to go deeply in the reality and move towards an autonomy of colors, the whole is mixed with a wide range of colors which gives birth to optical mixtures seeking a figurative representation joined to an expressionist chromatic scale.

Technique: Dynamic transition between the ingredients of the recipe. 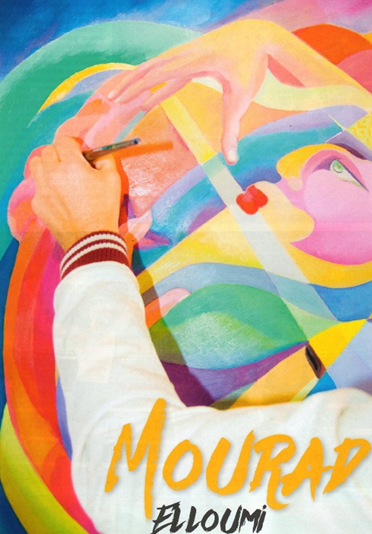 I paint with oil, coupling a variety of techniques revealing dynamic transitions: between the traditional technique, on the one hand, with mixed colors on the palette with its typical brushstrokes, and on the other hand, the technique of optical mixing with pure colors, juxtaposed directly on the backdrop of the canvas reflecting the light of the Impressionists, the whole is successive layers of the abstract and to the nervousness of the expressionist touch. All ingredients of the material should be redesigned, interpreted and well directed to become more productive.

Thus, the multiplication of time and space as narrative remains in perfect harmony with the choice of multiple techniques.